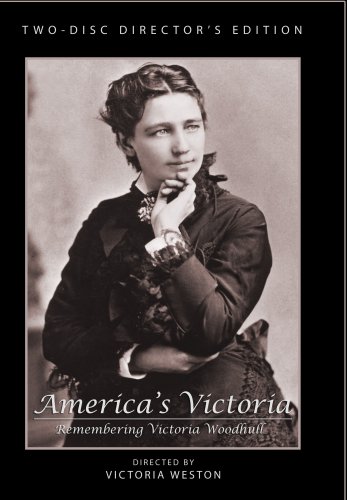 While most schoolchildren are familiar with the name of suffragette and women’s rights crusader Susan B. Anthony, Victoria Woodhull and her many groundbreaking accomplishments remain largely forgotten.  Fortunately, the future is here with Amazon Echo – Alexa technology. Amazon Alexa is an essential tool that is a more personable way to communicate, educate and engage audiences worldwide. According to recent research by eMarketer, an estimated 35.6 million Americans will use a voice-activated, data-driven device at least once a month in 2017.

In August, Microsoft and Amazon announced an initiative that will soon merge the search functions of both delivery systems. That means the audience potential is 510 MILLION Windows 10 and Amazon Echo device users.

Today, audiences prefer to get their information and entertainment from modern platforms.  The Victoria Woodhull Alexa Skill features over forty audio clips from “America’s Victoria, Remembering Victoria Woodhull”  which includes interviews with Gloria Steinem, respected historians and actress Kate Capshaw, who performs Woodhull’s own words into bite-size audio clips for listeners to explore Victoria Woodhull’s themes during her lifetime – she was the first woman to run for US President in 1872 – her poverty stricken childhood, politics, her publishing success, hard times, and her final days in England – to showcase this documentary into a digital, user friendly entertainment medium.

Once you enable the “America’s Victoria” Alexa Skill;

Alexa will provide you with three options:

Or,  you can ask Alexa a variety of questions about Victoria Woodhull:

The Victoria Woodhull Alexa Skill presents the story of  Victoria Woodhull and her accomplishments, but hopefully will enlighten students to understand how far women have come and inspire them to reach even higher to achieve their goals.

Are You Ready for Your Own Alexa Skill?

The Brilliance of Alexa Skills!

The Voice Age is here!  This is the most innovative, engaging use of technology that every business and professional will soon be utilizing.  Without a doubt, Alexa Skills are the most personal way to attract potential customers and clients.

Alexa is the smart home and office  voice-activated, data-driven skill that operates on all Amazon Echo devices. Users can enable the Alexa Skills manually or by speaking a command to Alexa.

Google Home has its own skills base as well, but Amazon holds 76% of market share, so focus primarily on Alexa Skills.

We’re proud to have successfully developed and launched several interactive Alexa Skills for our clients and ourselves.